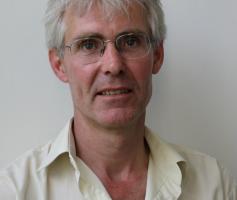 Martin Jelsma (1959) is a political scientist who has specialised in Latin America and international drugs policy.  In 2005, he received the Alfred R. Lindesmith Award for Achievement in the Field of Scholarship, which stated that Jelsma "is increasingly recognized as one of, if not the, outstanding strategists in terms of how international institutions deal with drugs and drug policy."

In 1995 he initiated and has since co-oordinated TNI's Drugs & Democracy Programme which focuses on drugs and conflict studies with a focus on the Andean/Amazon region, Burma/Myanmar and Afghanistan, and on the analysis and dialogues around international drug policy making processes (with a special focus on the UN drug control system). Martin is a regular speaker at international policy conferences and advises various NGOs and government officials on developments in the drugs field. He is co-editor of the TNI Drugs & Conflict debate papers and the Drug Policy Briefing series.